As recently noted here in the Kaslo Institute blog, we are blessed with surroundings that most people on this planet can only dream of enjoying. Our local forests, and the meandering trails that snake through them, are a tremendous asset, providing measurable health benefits and representing a potential economic treasure chest if handled (or nurtured, developed, marketed) properly. We’ll focus on the value of our lakes and streams in a future post.

Today’s subject zeroes in on another asset we have in abundance: music. 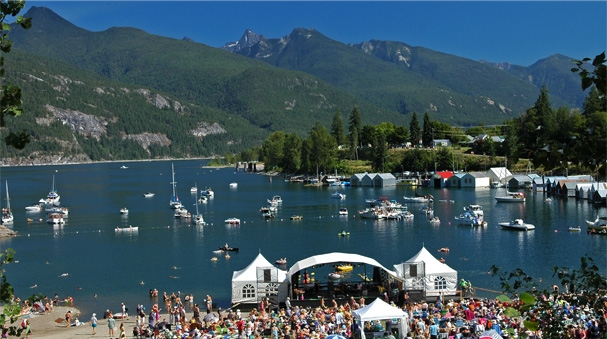 Every year, thousands of people flock to Kaslo to take in what has been described as one of the world’s top-ten outdoor music events, the Kaslo Jazz Etc. Festival. We can all speculate on why — obviously the setting and the quality of the music play major roles — but now we have scientists weighing in, and their findings are fascinating.

We know that a tranquil forest experience provides measurable, positive physiological and mental benefits. So, it turns out, does access to water (see that forthcoming blogpost). Well, now we can add music to the list of Things That Makes Us Healthier & Happier. 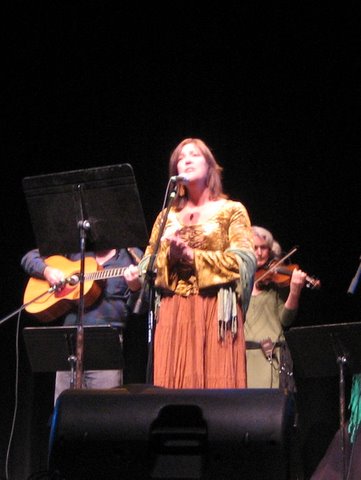 In 2011, neuroscientist Valorie Salimpoor and her colleagues at McGill University conducted a study that demonstrated that hearing music causes the brain to generate dopamine, a neurotransmitter associated with pleasure and anticipated reward. Here’s what the (very, very smart) folks at Montreal’s Neurological Institute had to say about the study:

Scientists have found that the pleasurable experience of listening to music releases dopamine, a neurotransmitter in the brain important for more tangible pleasures associated with rewards such as food, drugs and sex. The new study from The Montreal Neurological Institute and Hospital – The Neuro at McGill University also reveals that even the anticipation of pleasurable music induces dopamine release [as is the case with food, drug, and sex cues]. Published in the prestigious journal Nature Neuroscience, the results suggest why music, which has no obvious survival value, is so significant across human society.

Thing is, the trees and lake are here year-’round. So why not make music 365 days a year, too? We certainly have the talent and know-how to make that happen. And in the process begin to establish Kaslo as Canada’s Creative Capital — pound-for-pound the most creative community in the country. This would (obviously) be good for those of us who are lucky enough to live here. And, if properly presented, would attract lots of other folks out there in what is for many a largely dreary world, who are interested in… feeling better — even, dare I say it, feeling happy. 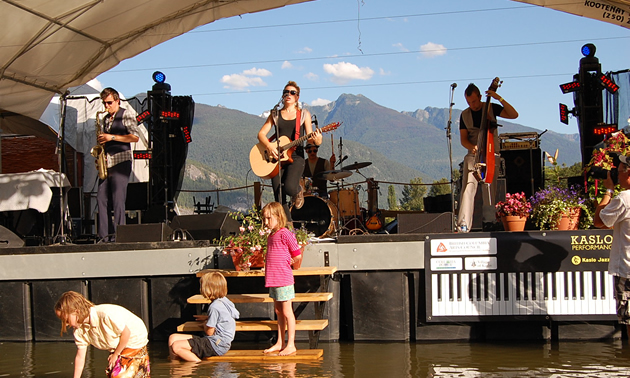 The simple point is this: we live in an area that is overflowing with the very things most necessary to giving people a shot at a pleasant life. This is no trivial thing when you stop and think about how the planet is evolving as we stagger deeper into the 21st century. There are plenty of people, here in BC, across Canada, and around the world, who would love to come walk our charming trails, fish, swim, paddle, and stare  at our magnificent lake, and listen to and/or make music while they’re here.

Good for them. And good for us! 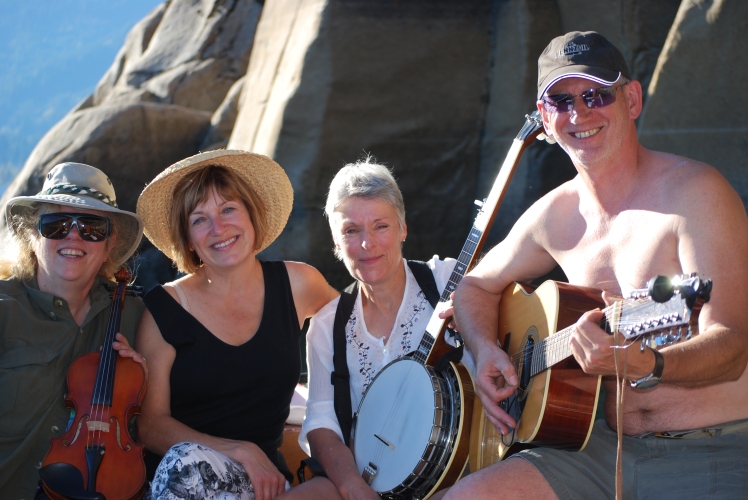